October 9, 2014 – Operation Rescue urges all other states with Brigham abortion facilities to shut them immediately in light of the New Jersey Board’s findings. 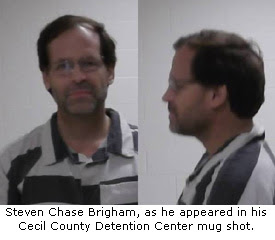 Trenton, NJ – The New Jersey State Board of Medical Examiners voted yesterday evening to revoke the final medical license held by the notorious abortionist, Steven Chase Brigham, noting that he betrayed the trust of the women he exploited.

In New Jersey, unlicensed persons are unable to hold ownership in medical facilities, so the Board’s revocation decision should force Brigham to shut down his eight abortion offices he operates there.

“He dons the mask of caring practitioner but he puts his patients at risk of harm,” Assistant Attorney General Jeri Warhaftig argued.

“Brigham is considered the worst abortionist in America that still held a medical license. His seedy abortion mills operated far below safe medical standards. Even abortion groups thought his dangerous abortion empire should be brought down. His revocation is a victory for women and their babies that were so often illegally aborted by Brigham,” said Troy Newman, President of Operation Rescue, whose groups spent years exposing Brigham’s horrific background and practices and calling for not only his license revocation but his criminal prosecution as well.